The Czech government has presented the VAT recapitulative statement as a very powerful tool to limit tax avoidance. After one year of this measure coming into force, its impact is very questionable at best.

As of 1 January 2016, taxable persons registered for VAT purposes in the Czech Republic, are obliged to submit a special recapitulative statement together with their VAT returns, to the tax authorities.

In the report, taxpayers have to declare all received and issued invoices, with all the details describing these documents. Even the smallest mistakes carry strict penalties. The same thing applies for missing the deadlines. Even the delay of a few days can carry a significant penalty for the taxpayer. The fact that the VAT recapitulative statement makes VAT compliance much more complicated goes without saying.

The main declared goal of the VAT recapitulative statement was to increase VAT collection. But has it really happened? In 2016, the VAT collection grew by 5,4% in comparison with 2015, while the Czech economy grew by approximately 2,5%. A growth of just 5,4% is not something that would outweigh a huge increase in VAT compliance difficulty.

There is one aspect that can be considered positive about the VAT recapitulative statement. Its preparation is so difficult that it forced businesses in the Czech Republic to invest in better financial IT equipment.

This article was originally issued in the GGI Indirect taxes newsletter. 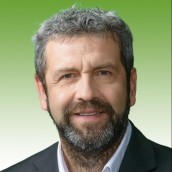