Errors in transfer pricing policies can lead to criminal penalties for statutory representatives of companies. But they are often blind to this risk.

Transfer pricing policies are most commonly required in multinational enterprises. If a Czech company is part of a multinational enterprise, a headquarters is often located abroad. Statutory representatives of these Czech companies often hold authority comparable with employees, not with directors. This puts them in a dangerous position because on one hand they are required to act with due care but on the other hand, they must follow orders coming from a headquarters. Preferences of a headquarters may not always be in line with what would be considered preferable for a Czech subsidiary.

It is not difficult to come up with a scenario in which a headquarters orders a Czech subsidiary to use a transfer pricing policy that is not in line with the Czech legislation. This does not mean that they intend to evade taxation. Discrepancies may be caused by a fact that a transfer pricing policy was originally created for a different country.
But Czech subsidiaries are also often put into a situation in which a group headquarters wants to extract as much money from the company as possible. Having this objective in mind, they may decide to create too aggressive transfer pricing policy. A statutory representative of the Czech company then has very low chance of changing the policy. This puts them in an unfortunate position in which they may perform tax evasion.

Tax evasion is defined as any willing act of the offender which caused a reduction of paid tax that is in conflict with a law.

Large-scale tax evasion performed by an organized international group will be punished by imprisonment of five to ten years! Large-scale tax evasion is defined as damage exceeding 5 million Czech crowns. Multinational enterprises fit the definition of an organized international group and exceeding 5 million Czech crowns in damages is very simple in a transfer pricing policy of a multinational enterprise.

It is important to keep in mind that imprisonment for errors in transfer pricing policy is an extreme measure and nobody has yet been punished in this way. But it is absolutely true that statutory representatives of the companies are underestimating the scope of their liabilities. 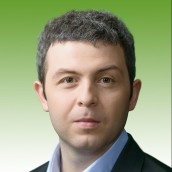